Straight from the Heart (VIII): One Year After


Liberty is to the collective body, what health is to every individual body. Without health no pleasure can be tasted by man; without liberty, no happiness can be enjoyed by society.
— Henry St. John

Pain? None. There is no pain on account of any post-operative issues.

Complications? Discomfort? Abnormal Feeling? None. Except for the sudden, unexpected downturn in my health involving breathlessness from 5 August 2014 onwards, after the operation, that I described in detail in my last blog (http://rajnikantp.blogspot.in/2014/10/straight-from-heart-vii-story-of-my.html), there have been no problems related to heart over the last one year; and even that downturn was diagnosed to be on account of chest infection, and having nothing to do, whatsoever, with the heart operation or its post-operative complications. Of course, that infection led to iron deficiency and drop in my haemoglobin count. While the haemoglobin got rectified to some extent over the next four months, my haemoglobin count, though relatively much better now, has yet to touch the lower limit (13) of the normal: it is still 10.9. It had gone up to 11.8, but later came down to 10.9.

Breathlessness? No. No problem at all. Walks? Almost every evening I take 10 rounds of the walking-track of a nearby BMC garden, without pause or break. It takes me about 40 minutes. I don't normally take more rounds, not because I feel tired or exhausted or breathless, but simply because I feel a little bored. However, when I am lost listening to music while walking, or talking to someone over mobile, I tend to take more rounds, without any physical problem. I can easily walk longer.

General Heart-related Health. Ok. I certainly have had no heart-related problem over the last one year. 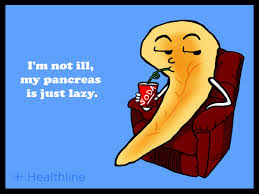 Proper Food. Yet... I don't eat sweets or take more than the minimum sugar. Not because I am exercising great control, but because since childhood I have had no fascination for sweets. I eat less than what one would call too moderate. Light breakfast, only two chapaties and a very small helping of rice for lunch and two chapaties for dinner, and some fresh fruits, dry-fruits and milk. I hate junk food, and never take any type of junk food or soft-drinks.

I was always on the go, and thought I was too busy to develop something like this. I thought at the time that diabetes went along with bad habits, but I was the last one in my family to eat junk food.
~Angie Stone

Taking Prescribed Allopathic Medicines Regularly. I have been taking the prescribed drugs timely and regularly, without fail. Yet...

I have watched in amazement a few sponsored programmes on some TV channels advertising their magical diabetes drugs (herba and ayurvedic medicines) where a few claimed ex-diabetics happily declare how the use of the said medicine brought their suger level to normal within a month! All that was required was to phone a certain number to place orders and shell out 3000 to 5000 rupees. Considering the on-going monthly expenditure on allopathic medicines, I was tempted to immediately shell out the amount, when better sense told me I ought to behave like an educated, rational person.

Tried Prescribed Yoga Asanas. I have also been doing certain yoga asanas that I had been told would cajole my pancreas into being a little more generous with its insulin.

Fenugreek. Among other things, KDAH had also prescribed taking in the morning a tsp of fenugreek soaked overnight. I have been taking this regularly.

Regular Checks/Measurements. It is said that what you don't measure, you can't control. In deference to this sage advice, I have been regularly measuring my glucose level at home with glucometer, in addition to periodic HbA1c measurements at a pathology lab. I can't keep count of the glucose strips sacrificed to the cause, the pin-pricks that have perforated my finger-tips, and the volume of blood lost. Some times I wonder if the reduction in my haemoglobin count is thanks to these sugar tests!

HbA1C Stubbornly @ 7.5 . Despite regular, timely allopathic medicines, controlled food intake, fenugreek-intake, regular diabetes-reducing (?) asanas, and a tryst with Ayurvedic medicines, my HbA1c reading for diabetes stubbornly remains at about 7.5! My target has been to bring it down to 7.0, and then to 6.5. But sadly, no luck.

What do I look forward to? I look forward to some more effective allopathic medicines in future. And, of course, some advanced sugar-measuring devices, rather than the crude, invasive glucometers. How I wish the non-invasive glucometer-cum-warning-and-recording system that is part of the Smart Contact Lens Project of Google X becomes a reliable commercial success at the earliest. 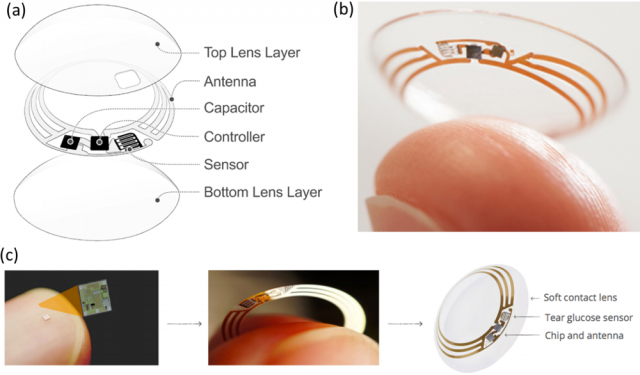 I would be happy too with a proven, reliable, well-tested and certified Ayurvedic medicine, as and when it becomes available. The government's Ayush has much to prove! 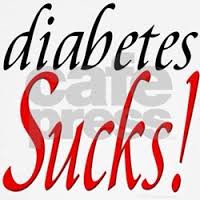 As if to compensate for my immense relief from my heart ailment, and my otherwise satisfactory health, there is a new kid on the block: diabetic retinopathy. Unseen by my eyes, I don't know when exactly it surreptitously affected the unsuspecting retina of my right eye. I accidently discovered the problem in November, 2014. I didn't need lenses for distance. My lenses were only for reading. However, it was discovered in November 2014 that I could see properly at a distance only because my left eye was better than normal for distance viewing, and compensated for the poor sight of my right eye.

I was referred to an "eye & vitreo-retinal surgeon" of great repute in Mumbai. Diagnostic tests included (a)Fundus Fluorescein Angiography (FFA), and (b)Optical Coherence Topography (OCT) for both the eyes. I was diagnosed as having NPDR (Non-Proliferative Diabetic Retinopathy) in both eyes, with CSME (Clinically Significant Macular Edema) in the right eye, and Maculopathy not amounting to CSME in the left eye. 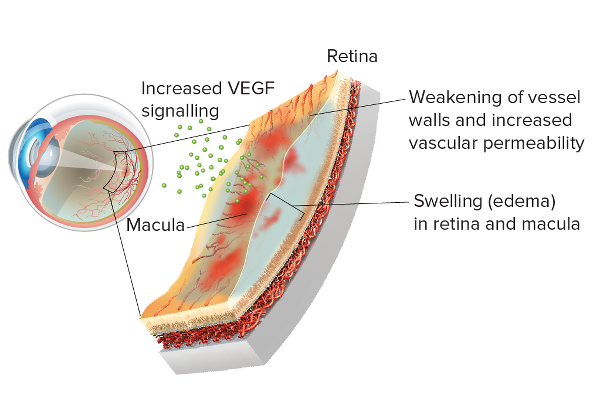 I was given injection shots in my right eye on 10 December 2015: (a)Intravitreal LUCENTIS, plus (b)Intravitreal Triamcinolone. The shots were supposed to take care of macular edema. The macula or macula lutea (Latin: macula=spot, lutea=yellow) is an oval-shaped pigmented area, with a diameter of about 5.5 mm, near the center of the retina. It enables high-acuity vision. Whereas loss of peripheral vision may go unnoticed for some time, damage to the macula results in the loss or degradation of central vision. Edema means swelling. The shots were supposed to get rid of the macular swelling. Subsequently, "Focal Laser PC (PhotoCoagulation)" was done for both the eyes on 27 December 2015. 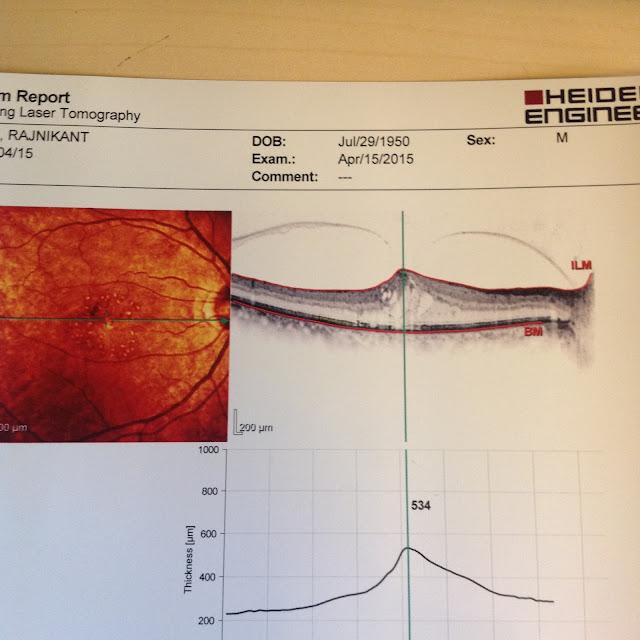 Unfortunately for me, the two injections above proved ineffective. I was asked to wait for a few months more. No change. I was then advised an operation for the right eye in April 2015. That I was not somehow in favour of. What if the operation was not successful? What if it lead to other complications? What if whatever vision there still was also degrades or goes?

I consulted another reputed retinal surgeon for a second opinion in April 2015, and told him point blank I was not in favour of an operation. He advised me for a very high-resolution OCT (from a lab in Mumbai: perhaps the only lab that has those kind of equipments--my earlier OCTs didn't have those measures) that would measure and graphically show the exact macular edema (swelling) in microns. That was done. It was taken as a bench-mark measurement. He then asked me to do an OCT each month, and show him. The comparison of the same with the April 2015 OCT bench-mark would determine the trend: is it same, or becoming worse, or improving? That would help decide the course of treatment. The OCT next month (May 2015) showed significant reduction in the edema. The doctor advised me to wait it out, and continue with monthly OCT, hoping no operation or further injections may be required. July OCT, though better than the bench-mark April OCT, is slightly worse than the May OCT. I have presently decided to wait and see what August OCT would be like.


Status of the External Marks of Heart Operation

For my 5 coronary artery bypass grafts, the radial artery of my left hand was harvested (please see http://rajnikantp.blogspot.in/2014/08/straight-from-heart-vi-cabg-story-of-my.html). For the purpose, three cuts of a little more than an inch were made in my forearm. That had naturally left deep gashes that had to take time to heal and fade. 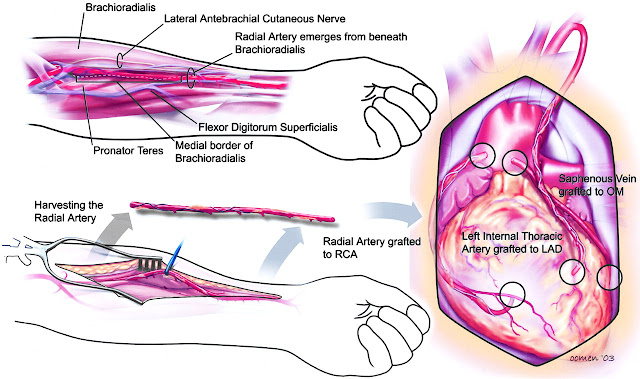 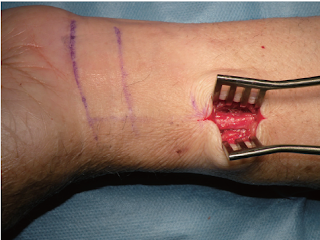 The marks left by the gashes have since healed and faded, but have not yet fully disappeared. The actual photograph of the current status is given below. 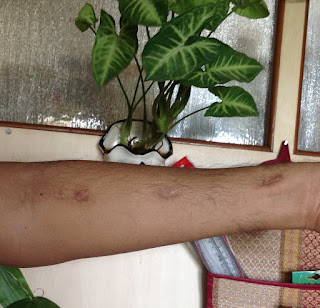 Marks on the Chest

For the operation, the chest was cut open through a procedure called median sternotomy. For the purpose, a vertical inline incision was made along the sternum (breast-bone) from the suprasternal notch (top of the sternum, after the large, visible dip below the neck) to below the xiphoid process (the cartilaginous section at the lower end of the sternum). The sternum was then cut with a sternal-saw (bone-cutter). The cut halves of the sternum were then slowly spread apart with a retractor, something similar to a brace. That allowed physical access to heart. Closure required reunion of the sternum with stainless steel sutures (thread). 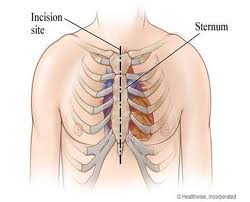 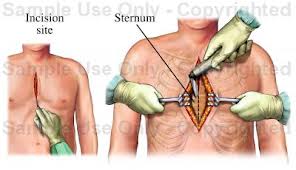 The vertical cut down the chest/breast-bone was about 9 inches long. That cut has long since healed, and the mark has faded, but has not yet disappeared, as seen in the actual photo below. I wear a swim-vest when swimming to hide it!

Not just the above, once the coronary artery bypass grafting was over, chest tubes were placed in the mediastinal (space between right and left lung) and pleural space to drain blood from around the heart and lungs. In my case, there were three tubes—two inserted in the two sides of the chest, and one at the top of the stomach, below the sternum. The chest tubes were inserted through a 1-inch cut in the skin between my ribs. The tubes were connected to a special canister kept on the ground. Gravity allowed draining out the blood. A stitch (suture) and tape kept the tubes in place. The tubes were removed upon my shifting out of the ICU.

They left three prominent cuts on the chest and stomach. The same have completely healed and have since disappeared without leaving a mark.

The very thought of hospitalization is scary and traumatizing. But caring doctors, nurses and hospital staff like yours make it friendly and pleasing, and an experience worth remembering. Thank you all!


In nothing do men more nearly approach the gods than in giving health to men. ~Cicero

The fact that the last one year since the heart-operation has been thankfully non-eventful from the angle of heart does call for tons of thanks and heartfelt gratitude to the following: 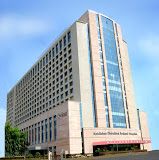 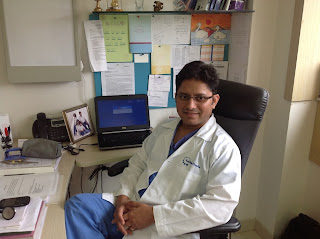 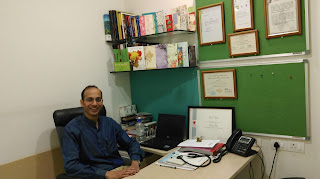 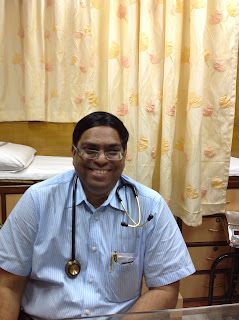 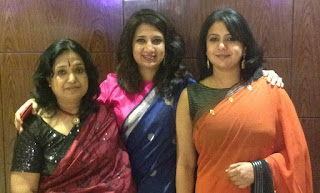 My wife, Debu, and daughters, Manasi and Manini
whose love, help & dedication were invaluable

Posted by Rajnikant Puranik at 00:11